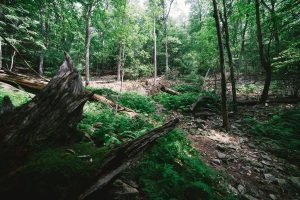 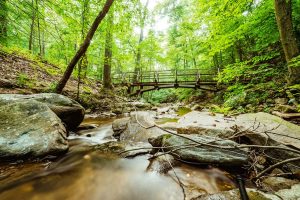 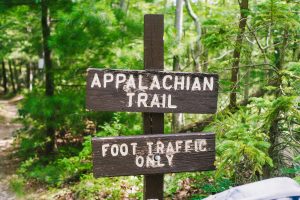 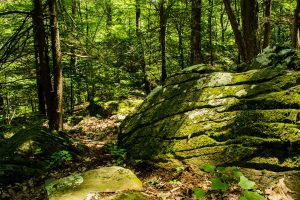 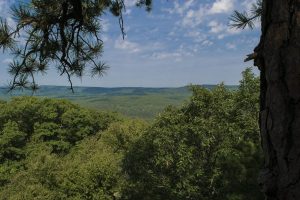 The Appalachian Trail in Maryland follows a 41-mile route along the backbone of South Mountain, a north-south ridge that extends from Pennsylvania to the Potomac River. The AT varies in elevation across the state from 230’ to 1860’ and extends to the north into Southern Pennsylvania’s Michaux State Forest where Outward Bound students in this area will rock climb at one of three sites: Annapolis Rocks, Shaffer Rocks or Pole Steeple in the nearby Pine Grove Furnace State Park.

The Nanticoke River is a major tributary of the Chesapeake Bay on the Delmarva Peninsula. It rises in southern Kent County, Delaware, flows through Sussex County, Delaware, and forms the boundary between Dorchester County, Maryland and Wicomico County, Maryland. The tidal river course proceeds southwest into the Tangier Sound, Chesapeake Bay. The river is 64.3 miles (103.5 km) long. A 26-mile ecotourism water trail running along the River was set aside in July 2011 by Delaware state and federal officials, contiguous with a 37-mile water-trail extending through Maryland to the Chesapeake Bay.

Some of the main tributaries that feed the Nanticoke on the west-side include: Cow Creek; Jack Creek; Wapremander Creek; Marshyhope Creek; and the east side: Gravelly Fork and Broad Creek. Notable towns and communities situated along the river include Nanticoke, Bivalve, Vienna, and Sharptown in Maryland; and further north the city of Seaford, Delaware.

According to a study paid for by the town of Vienna, the English explorer John Smith travelled up the Nanticoke River and mapped it, and visited with Native Americans in their settlement, now believed to be Vienna.

Baltimore is the largest city in the U.S. state of Maryland, and the 29th-most populous city in the country. The city has more public monuments per capita than any other city in the country and is home to some of the earliest National Register historic districts in the nation, including Fell’s Point (1969), Federal Hill (1970) and Mount Vernon Place (1971). More than 65,000 properties, or roughly one in three buildings in the city, are listed on the National Register, more than any other city in the nation.

The adjoining Gwynns Falls Park and Leakin Park, in Baltimore, Maryland, United States, generally referred to as “Gwynns Falls/Leakin Park,” covers 1,216 acres (492 ha) of contiguous parkland, forming the most extensive park in the city. Gwynns Falls-Leakin is a wilderness, heavily forested and largely left in its natural state. Although surrounded by an urban environment, some areas of the park are so heavily wooded that they give the impression of wilderness. This makes the park a perfect home for our campus, which includes housing for our field staff at the historic Orianda Mansion, our administrative offices and a nine-element high-ropes Challenge Course built by Phoenix Experiential Designs.

The 17,371 acre Dolly Sods Wilderness in the Monongahela National Forest is part of the National Wilderness Preservation System. It is located in Grant, Randolph and Tucker Counties, West Virginia. The Dolly Sods Wilderness contains much of the Red Creek drainage and contains bog and heath eco-types, more commonly typical to southern Canada. Elevations range from 2,500 to over 4,700 feet.

Whats Going on at CBOBS

Welcome to #GivingCrewsday. We celebrate the nearly 5,000 Baltimore and DC youth who went Outward Bound with us this year. Youth who feel more confident to face whatever challenges lie ahead. Join us during our final fundraising push of the year. A donation this #GivingCrewsday builds the opportunity for more youth in your community to step into a transformative Outward Bound experience. #OutwardBoundCrew
... See MoreSee Less